September 2017 – EUS FOR THE EVALUATION OF PERICELIAC LYMPHADENOPATHY: REPORT OF A CASE OF TUBERCULOUS LYMPHADENITIS
Home » Clinical Case Of The Month »

We present the case of a 54-year-old female, with a previous history of cervical squamous cell carcinoma treated with radical hysterectomy, Piver type III (pT1b N1 R0). On a follow-up pelvic computer tomography (CT) scan, multiple iliac lymphadenopathies (9-13 mm) were detected. The patient was proposed to adjuvant radiotherapy and chemotherapy with cisplatin. One year later, a thoraco-abdominopelvic CT scan was performed, and two periceliac lymph nodes conglomerates with 44 x 29 mm and 27 x 26 mm, suggestive of recurrence of the previous neoplasia, were identified (Fig. 1). 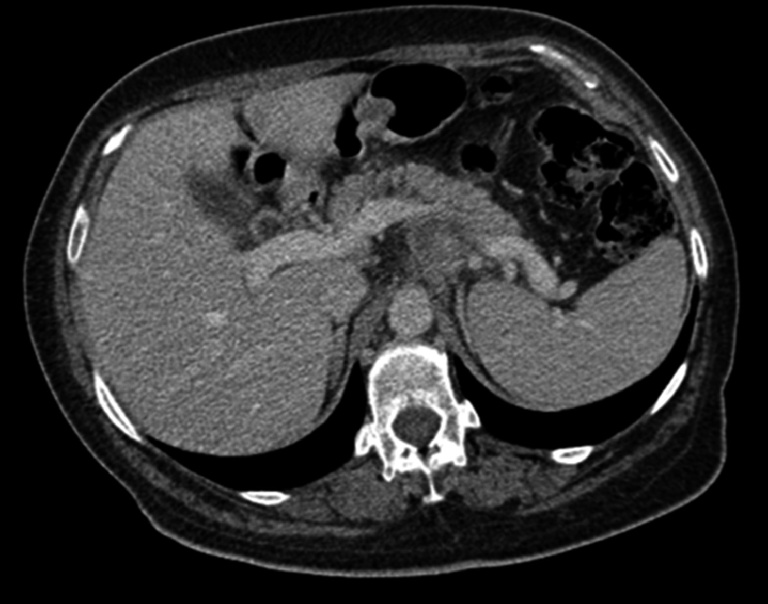 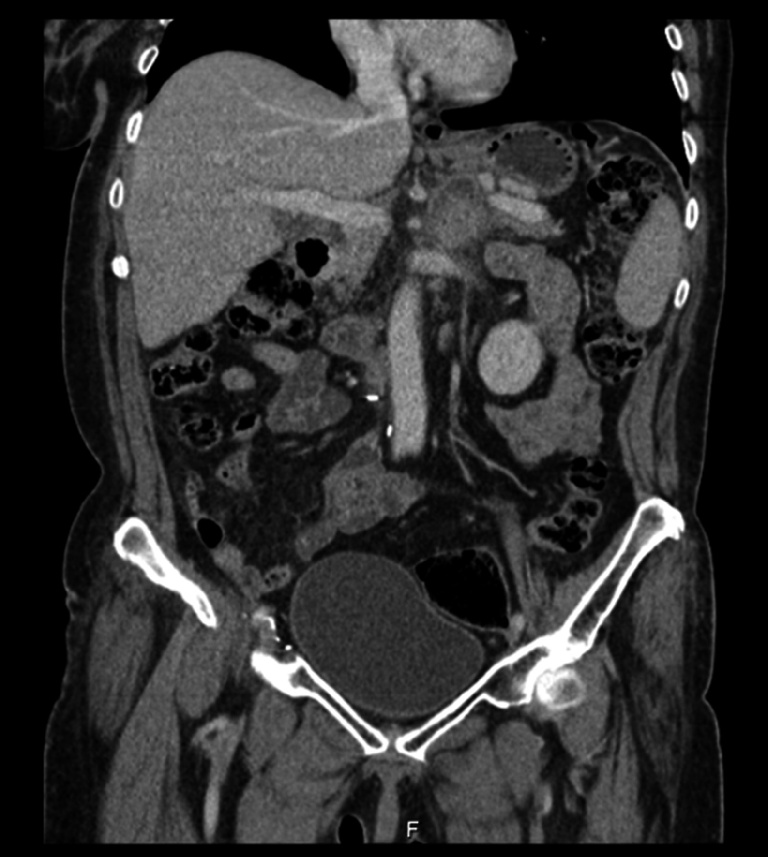 An endoscopic ultrasound (EUS) was performed using a linear scope, which confirmed the presence of a hypoechoic solid mass with central anechoic areas, with 45 mm of greater diameter, surrounding the celiac trunk and in close contact with the spleno-portal confluence and the splenic artery but, without signs of invasion (Fig. 2). 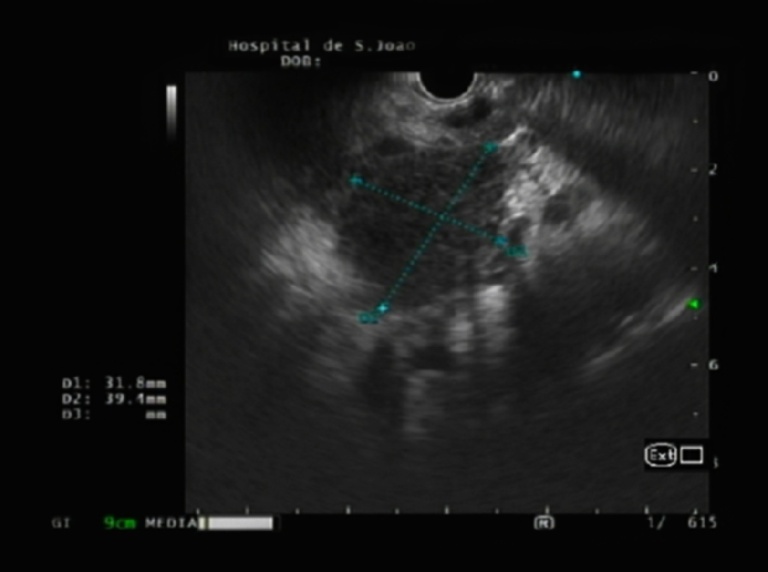 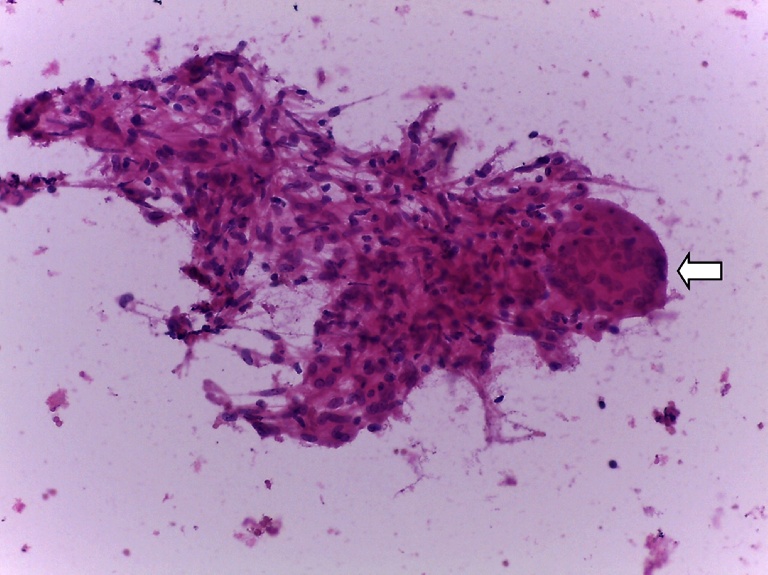 Fig. 3 – Cytologic diagnosis of granulomatous lymphadenitis. H&E- 200x. An epithelioid granuloma with a multinucleated giant cell (arrow) is observed in a backgrownd of necrotic debris.

Commentary
In 2009, 2565 new cases of tuberculosis in Portugal were detected, with a corresponding incidence of 24.1/100.000 inhabitants1. Tuberculous lymphadenitis (TL) is the most common form of extrapulmonary Mycobacterium tuberculosis infection, however isolated TL is rare, and usually due to reactivation of disease at a site seeded previously during primary tuberculous infection, sometimes, several years earlier2. Most cases occur among patients with HIV, generally with CD4 counts below 100 cells/microL)1.
The mimicry that this infection keeps with other pathologies commonly leads to failure or delay in obtaining a correct diagnosis. Diagnosis of TL is established by pathological examination along with acid-fast bacilli smear, culture of lymph node material, and polymerase chain reaction testing1, 3. Material for pathological evaluation may be obtained by FNA. In fact, FNA is a relatively safe procedure, and in a recent series of 1193 patients, good sensitivity and specificity are reported (77 and 93 %, respectively), for the diagnosis of TL4. In this setting, this technique also allows to obtain quality material for other ancillary technique such as bacterial cultures, and polymerase chain reaction test, in order to avoid misdiagnosis.