An 84-year old male with previous history of arterial hypertension, Parkinson’s disease and a recent right hip replacement surgery was admitted to the emergency department due to left lower quadrant abdominal pain and hematochezia. He was on acetylsalicylic acid. On admission, the patient was pale, with hypotension (92/55 mmHg) and tender abdomen, without signs of peritoneal irritation. Laboratorial tests revealed a haemoglobin level of 13.2 g/dL. Transabdominal ultrasonography revealed a hypoecogenic and thickened colonic wall from the splenic flexure to the rectosigmoid transition (Figure 1A, B and D). The colon showed disappearance of wall stratification and very reduced vascularization using color Doppler flow (Figure 1C and D). There was also hyperechogenicity of the pericolic fatty tissue. 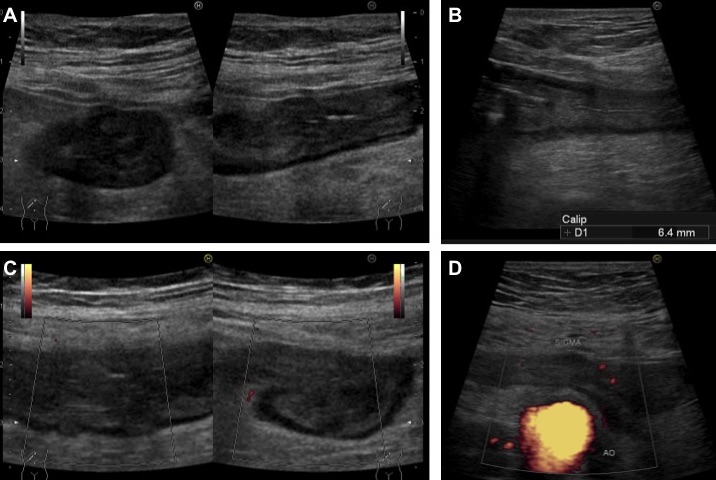 Figure 1: Transabdominal ultrasonography of case A revealing a hypoechogenic colonic wall, with increased thickening (6.4 mm), disappearance of wall stratification and hyperechogenicity of the pericolic fatty tissue (A, B). On color Doppler, the colon showed reduced vascularization (C, D). Ao – aorta. 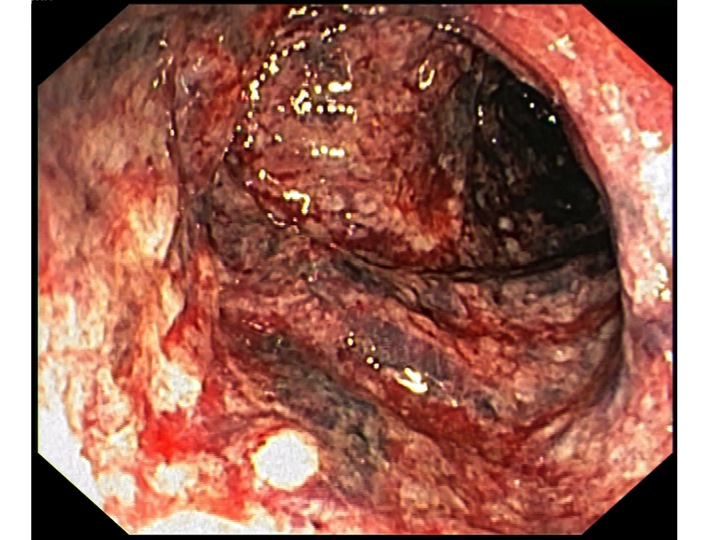 A 78-year old female with previous history of arterial hypertension and dislipidemia was admitted to the emergency department due to hematochezia and lower quadrant abdominal pain. The patient was hemodinamically stable and had mild abdominal pain. Laboratorial tests revealed a haemoglobin level of 13 g/dL. Transabdominal ultrasonography showed increased wall thickening of the descending colon and a normal sigmoid colon (Figure 3A). There was disappearance of colon wall stratification and a reduced vascularization (Figure 3B). 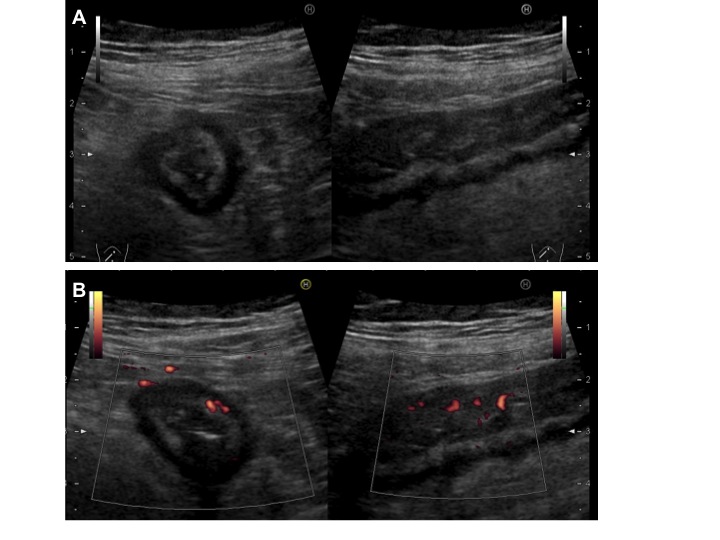 Figure 3: Transabdominal ultrasonography of case B showing hypoechoic nonstratified thickening of bowel wall of the descending colon (A) and reduced vascularization (B). 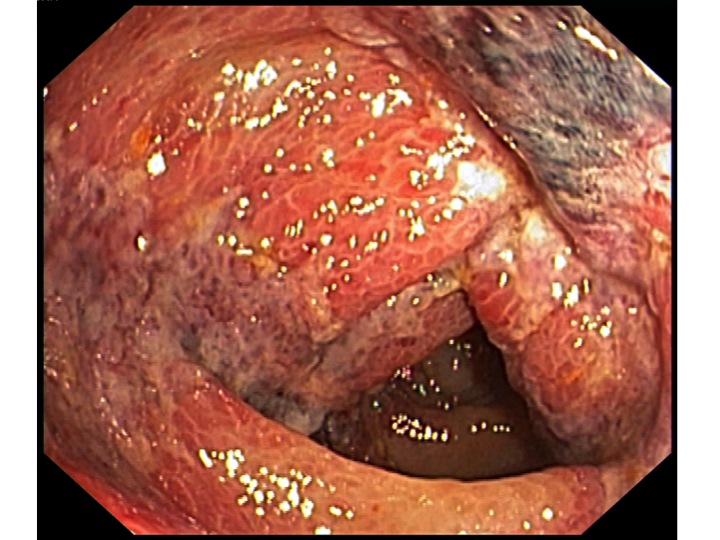 Figure 4: Rectosigmoidoscopy of case B showing congestive and edematous mucosa with areas of ulceration and necrosis, compatible with ischemic colitis.

Both patients initiated fluid therapy, ciprofloxacin and enoxaparin; and had a good clinical course. Follow-up abdominal ultrasounds were performed during the hospital stay to assess colonic reperfusion and plan the discharge accordingly.

Ischemic colitis is typically a disease of the elderly where atherosclerotic disease or low flow states cause insufficient intestinal perfusion. In younger individuals, the disease is more likely to be related to vasculitis or hypercoagulable states. We herein present two cases of ischemic colitis initially evaluated using abdominal ultrasound. The location of the ischemia in both cases was compatible with insufficiency of the inferior mesenteric artery. Ischemic colitis is usually diagnosed based on clinical data, endoscopic findings, radiological data and histology. Although endoscopy permits histological diagnosis, it is classically limited to a recto-sigmoidoscopy and biopsy samples are usually limited to the superficial layers of the colonic wall. For these reasons, imagiological data is essential to the diagnosis. CT scan findings of ischemic colitis have extensively been described in the literature, however there is the disadvantage of ionizing radiation exposure. Ultrasound is a safe technique that, besides aiding in the diagnosis, is also useful to delimitate disease extension and evaluate severity (such as transmural necrosis and bowel perforation). Using color Doppler flow, it can also evaluate vascular patency. Ultrasonographic findings in colonic ischemia are hypoechoic wall due to oedema, luminal thickening over the affected segment with disappearance of wall stratification, echogenic foci with shadowing when there is intramural gas (colic pneumatosis) and reduced peristalsis. Doppler imaging evaluates arterial flow in the colonic wall and may be also useful in assessing arterial stenosis. Both patients were re-evaluated using abdominal ultrasound to assess ischemia evolution and colonic reperfusion. On follow-up studies, the absence of arterial flow in the wall of the ischemic colon on Doppler sonography is suggestive of an unfavourable outcome and outperforms early clinical and laboratory findings. Therefore, sonographic follow-up studies are useful in establishing prognosis and help in patient management decisions, such as the best time for hospital discharge. In conclusion, ultrasonography is a valuable technique for the detection and follow-up of colonic abnormalities resulting from ischemic colitis.