A 62-year-old man with compensated liver cirrhosis (Child-Pugh score: class A) was referred for further evaluation of a 5 cm nodular lesion in the gastric fundus, seen in Computed Tomography scan. He had no history of variceal bleeding. Esophagogastroduodenoscopy revealed a large prominent submucosal protuberance in the gastric fundus, on retroflexed view (Fig.1) covered by normal mucosa. 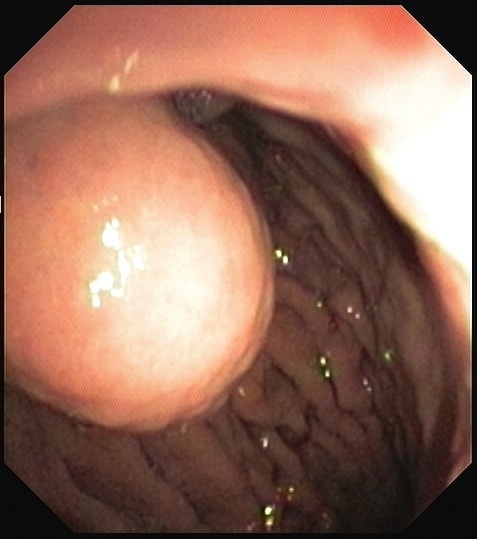 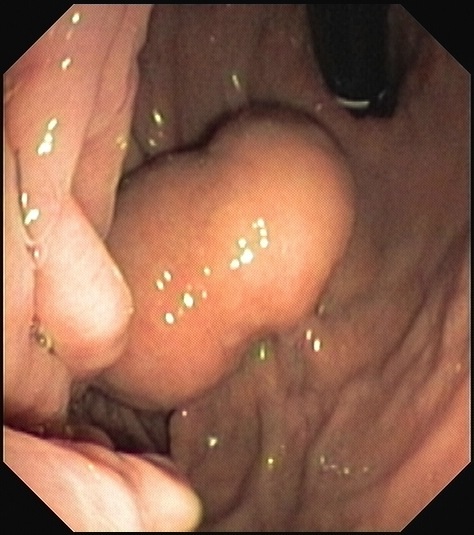 Gastric varices may appear similar to enlarged gastric folds and submucosal neoplasms at endoscopy. Tissue sampling is risky and the diagnosis can be challenging. EUS is a useful and accurate noninvasive method to differentiate these entities.(1) Doppler EUS enables the visualization of esophagogastric varices and other venous collaterals in patients with portal hypertension, and can be useful to assess the patency of the portal venous system.(2,3) In the present case, the diagnosis of atypical isolated gastric varix was suspected due to the history of cirrhosis. However, the occurrence of a large single gastric varix non-associated with esophageal lesion is unusual in cirrhotic patients. Also, the endoscopic image was not typical of a gastric varix. We highlight that EUS is an excellent tool to obtain high quality imaging of the pancreas. The possibility of isolated gastric varix should be considered for a nodular lesion seen in the gastric fundus on endoscopy, especially if history or clinical signs of chronic liver disease. 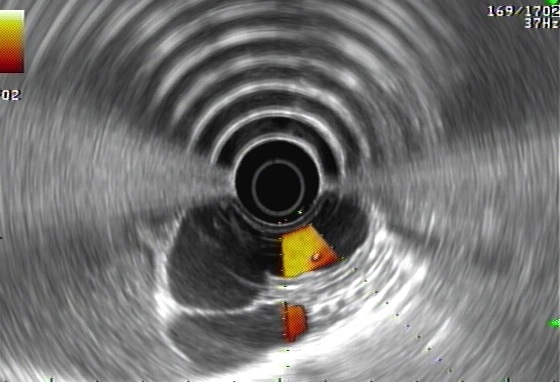 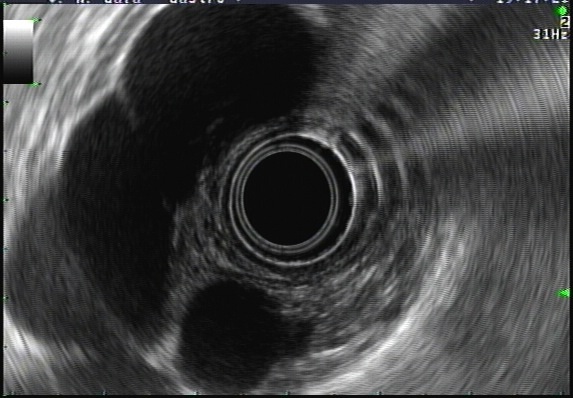 1 Seicean A. Endoscopic ultrasound in the diagnosis and treatment of upper digestive bleeding: a useful tool. J Gastrointestin Liver Dis. 2013;22(4):465-9.