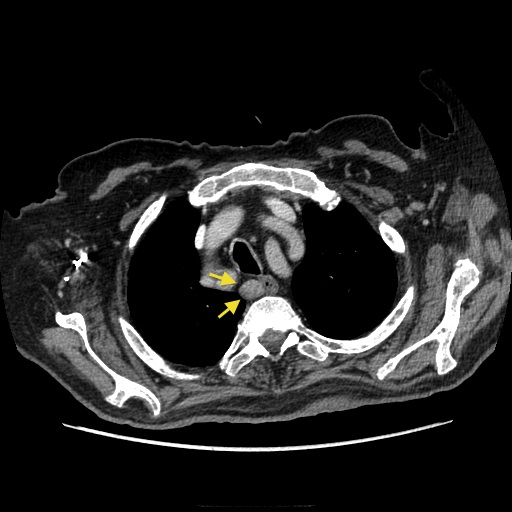 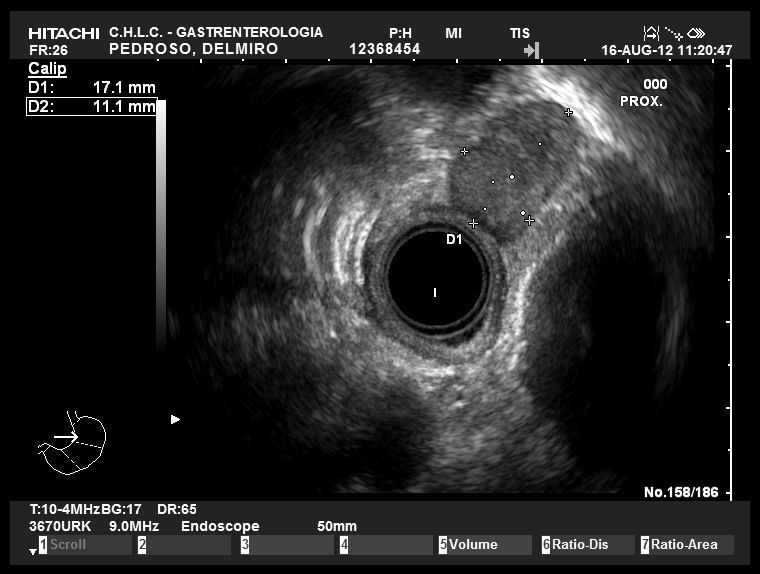 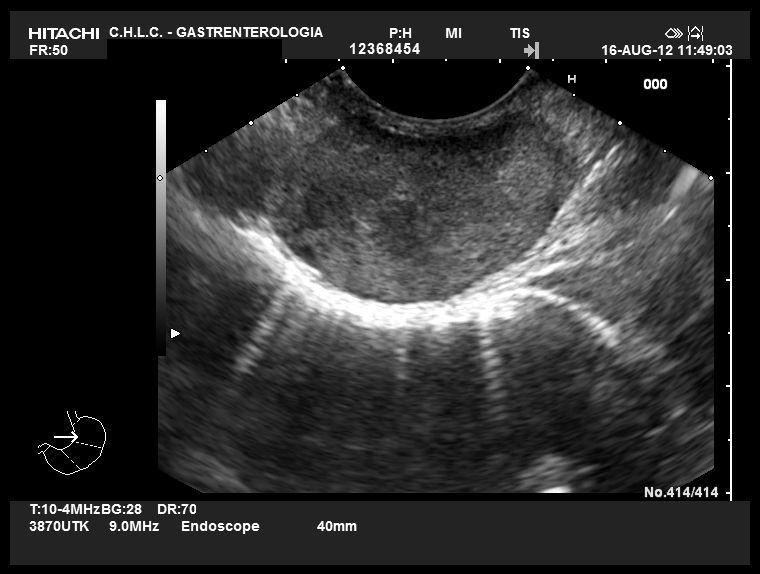 Endoscopic-guided fine-needle aspiration of the lesion was done through a transesophageal approach. The histological findings were compatible with ectopic parathyroid tissue, without dysplasia (Figure 3). 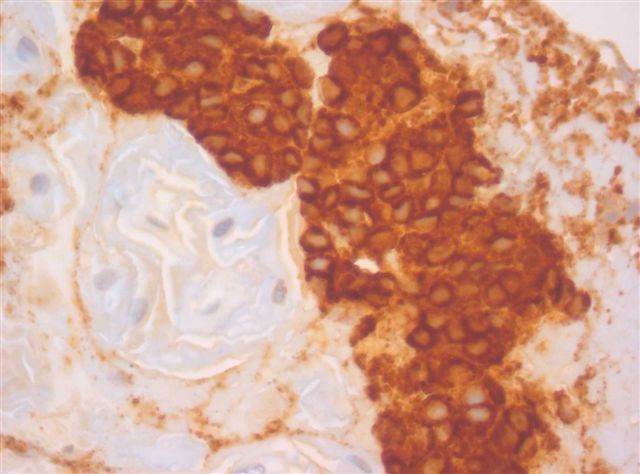 The patient was referred for surgery, for ectopic parathyroidectomy procedure.